I have a feeling we’re very similar, you and I.

Both ambitious women who play full out. Women who commit to our highest potential and create careers that fulfil our deepest inner callings.  We’re leaders.  We thrive in the challenge of our world and we create ripples of positive change in the world.

I’m guessing you’ve jumped in way over your head a few times….

I can’t recall a single instance of walking into a new position actually knowing what to do. My risks always paid off, thankfully, but they unfolded in ways I never imagined. When I graduated as a naturopath, my first clients were celebrities.

When I began to teach at university they handed me a faculty to run. My first speaking engagement in my current business had an audience of 5000 people. This is what we do. We say yes and then deal with how on the way.

We seek it out for ourselves and our work demands it of us. People turn to us for it and the work we do creates it all around us. We’ve had a faster trajectory than most of our peers. A trajectory that led us to destinations and goals many people can’t understand. Our level of awareness can feel like an unshakable blessing at times and yet it is a double-edged sword.

When it’s time to make a transition we know. Sometimes we don’t act fast enough. Things become out of balance and we stop working to our potential. Other pieces of our life fall out of place. We either burn the candle at both ends to fix it or zone out in strange ways that do not resemble our wisdom.

These moments of transition are big, I suspect you’re in one now.

We can grow in the wrong direction….

As a graduate naturopath I coveted a position at the #1 heath retreat in the world, but I was really off track. Naturopathy as a profession could not deliver the two things I cared about most; total transformation for my clients and my own leadership potential.

Over 15 years I worked and studied in the field of human behaviour. I sought out the world’s best education and through it, changed many lives beyond recognition.

In senior leadership positions in the health industry and the university sector I influenced the development of hundreds of staff and multiple business models all over the globe.

After almost two decades I reached the place that you are likely at right now, maximum capacity within my existing framework. 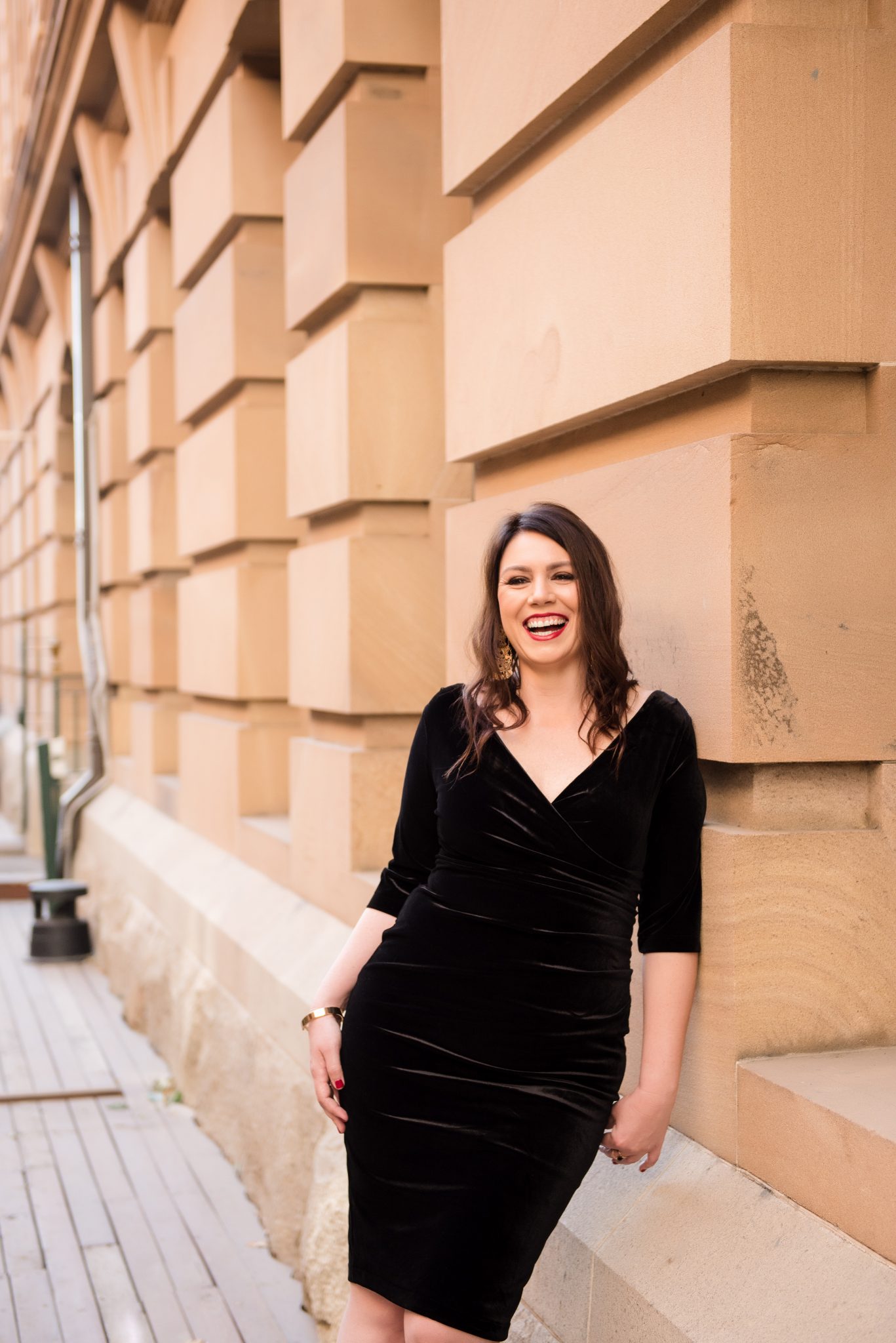 When you’ve reach an upper limit you start to feel squeezed. You no longer feel inspired by elements of the work you do. You crave different problems to solve and a new part of you is trying to emerge. You feel like there’s likely a dream you aren’t living.  Your business life stops lighting you up, you start questioning personal and professional relationships and your physical or mental wellbeing often deteriorates. This starts affecting the choices you make.

Perhaps you’re not sure which direction to take or fear is keeping you stuck. Maybe addictions or old patterns are reducing your ability to be at your best or you are tired of the corporate grind. You might feel like you are failing romantically or not prioritising your health. You may have arrived at the dreaded question, will I ever truly be happy?

Whatever the cause of your upper limit the effect can be numbness. Heaviness. Disconnection. Boredom. Anguish. Anger. Even a sensation of rage simmering just underneath the surface that has no way out.

If you are like me you might have had two sides at play; one conscious the other subconscious.

One side is always learning, growing and creating positive change – the other is waiting for a catastrophe to occur before you actually do something about the un-nameable feelings you have buried in your shoeboxes, the same ones that are lurking under the surface of your extensive achievements.

My catastrophe was the simultaneous eruption of everything at once.  The emergence of unprocessed childhood trauma, 20 years of workaholism, an impossible senior management position, a sudden divorce and about 30kg of excess weight. I won’t even mention the wine.

That’s a definite upper limit if there ever was one.

Not only did I need an entirely new operating system, but I needed a new relationship to my emotions rather than my crafty skills of dealing with them intellectually. Turns out that’s called repression. Even when you’re smart, even when you think you’ve dealt with it, even when you don’t believe in such things, even when you’re in charge.

Even when you’re a mindset expert with four degrees in health science.

At some point it falls out everywhere, all at once and it isn’t pretty.

I do not know a single high achieving woman who has escaped a version of this. They might not talk about it  openly but I promise you are not alone. 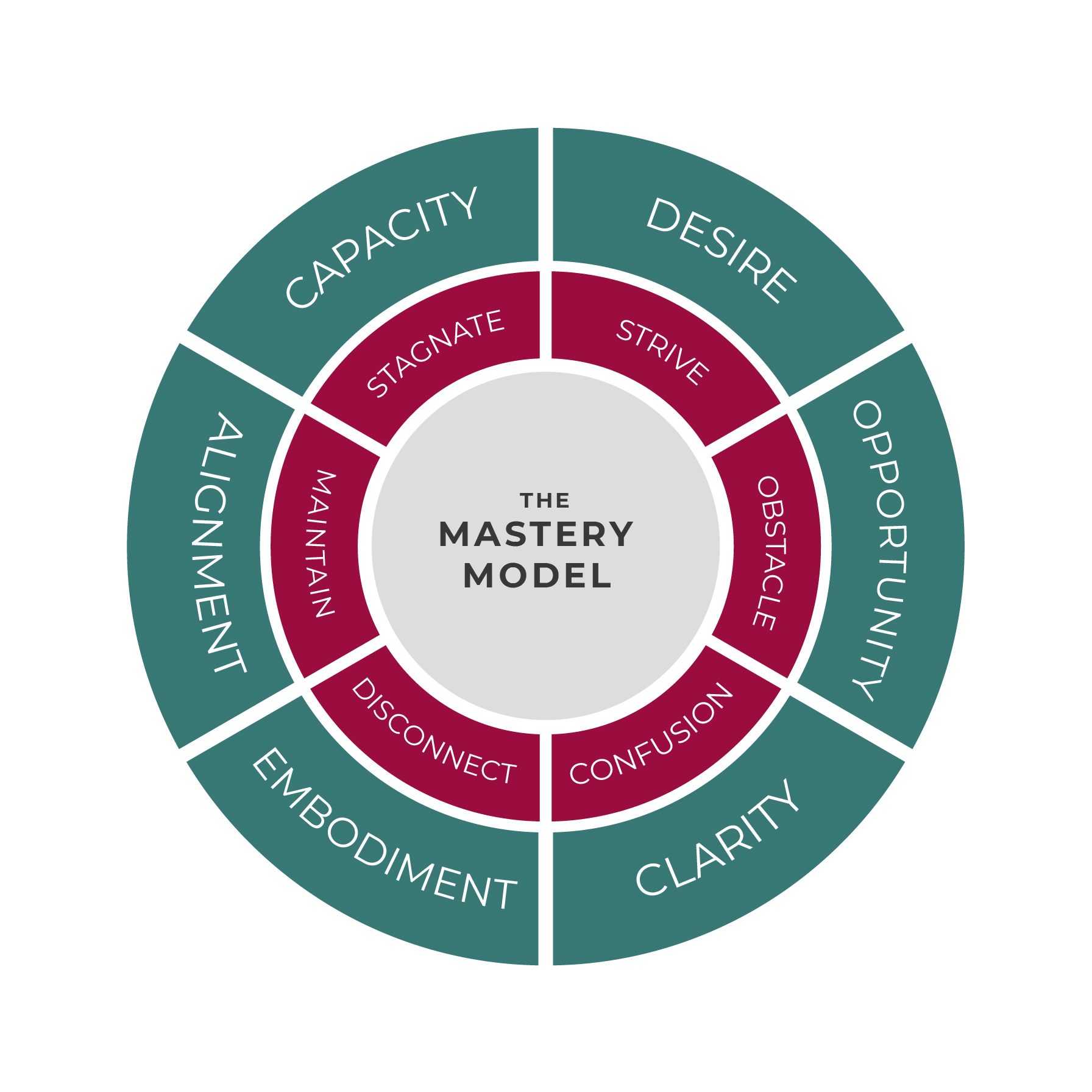 I made it my moment of power, and you can too.

I got help, for months. I up-levelled my own training.  I made decisions, I drew lines in the sand and created never again blood pacts with myself. It was at this point, deep inside that my signature body of work, The Mastery Model was conceived -even when I didn’t know it. I pulled together every piece of wisdom I had ever gained and fast tracked the acquisition of even more advanced knowledge. I created an unrecognisable life. You can too – but you have to decide, for real.

Where could your decision take you right now?

When I outgrew my existing framework I turned my four degrees, extensive experience and inexhaustible passion into a coaching company. I created an internationally accredited coach training program and a suite of private coaching intensives and retreats dedicated to helping ambitious women create their next level. I then turned 40 and realised so many of my desires were not on the page. I had to reach in again for the inner work that would remove regret from my tombstone. It worked.

In 2018 alone, I spoke to over 10,000 people across the globe on the mindset and strategy of your creating your next level.

I have worked with celebrities, olympians, royalty and everyone in between. We’ve transformed my clients’ approaches to their obstacles, clearing the way for that brilliant leap into their next business, relationship or personal evolution.

Together we’ve created next level identities, services and lives. This is the work that truly lights me up. It would be my honour to co-create yours with you.

LET’S CREATE YOUR NEXT LEVEL TOGETHER

I’d love to know what you’re yearning for.

Most leaders work with me when they want a richer experience of their own wisdom. They want to see more of what makes them unique come to life.

This can also be a time where you’ve outgrown your systems or you’re ready to take the leap into an expanded business model. Perhaps it’s a change in your services or an addition to what you already provide.

Perhaps it’s your own catastrophe moment and you need a high level female practitioner qualified in  relationships, female sexuality, women’s empowerment, health science and human counselling at Master’s level. One that also knows how to lead inside a multi million dollar company, managing scores of staff, royalty, media and pop icons, on a remote island, in another language, without any sleep, whilst rescuing people from actual snakes.

Yes, I’ve done that too, although I certainly don’t recommend it any longer. However, if your life resembles such an ensemble in its own way, it’s important we get to work quickly.

Together we can design the next love of your business or personal life and help you experience more of who you really are, inside of your career and out.

WORK WITH ME HERE